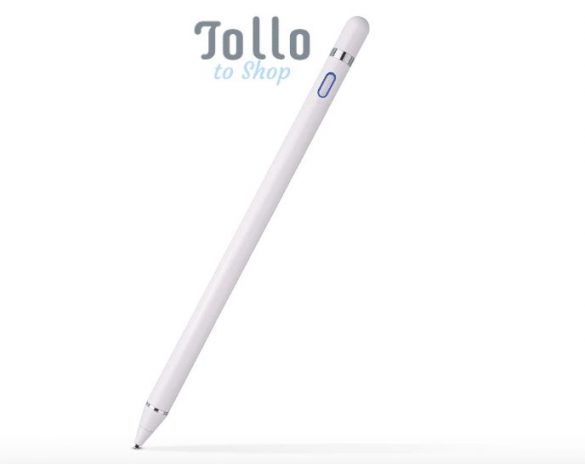 Portable computers are getting more and more powerful, and so many people are switching over from desktop computers to more robust and mobile workstations. While laptops offer versatility and power, there’s also a massive benefit to going pro with a tablet computer, or even your smartphone, especially for artists and creatives.

Today, the Apple Pencil is widely regarded as an engineering marvel, and is one of the best high-end stylus pens money can buy. However, with prices ranging from $99 to $129, the Apple Pencil isn’t the most consumer-friendly option out there. Fortunately, there are dozens of cheaper options available with quality and performance that range from ‘only okay’ to ‘fantastic for its price’, and we’ve come up with a curated list to find only the best of the best options that fall under the latter category. Sure, they’re not really genuine, bonafide Apple Pencils, but with the right looks, the right features, and the right performance (and a significantly lower price, at that) you won’t be complaining. Great quality, at great prices.

Latest stylus on Aliexpress do comes with such feature. Scroll through our review to check it out.

There you have it for our take on the Top Apple Pencil Alternatives on AliExpress. Whether you’re an artist, a writer, a student, or someone who wants a stylus pen to increase their productivity with their mobile devices, we hope that this carefully curated list was able to help you find the best stylus pen for you, your needs, and your budget.

Here we review some good alternatives to apple pencils cheap and good!

Since we’re on the subject of fake Apple Pencils that are compatible with the latest iPad, iPad Pro, and iPad Mini models, we recommend the WINZONE Apple Pencil Stylus Pen. Affordable, yet feature-packed, this fake Apple Pencil is a great choice for anyone running modern Apple hardware but doesn’t want to splurge on the expensive Apple Pencils.

Please note that this fake Apple Pencil is only compatible with the latest versions of iPad. Any iPad models released prior to 2017 will not be compatible.

Get the WINZONE Apple Pencil Stylus Pen Now on AliExpress

GOOJODOQ is one of the best-selling stylus brands on AliExpress, and for good reason. They deliver the latest Apple Pencil alternatives that come with great, up-to-date features, and at a mere fraction of the cost. Their latest product, the GOOJODOQ 10 Gen Pencil, is an excellent Apple Pencil alternative if you’re looking for something cheaper without compromising too much on features and functionality.

Built for maximum compatibility with the Apple ecosystem, the GOOJODOQ 10 Gen Pencil should work flawlessly on any iPad released from 2018 onwards, including the 5th Gen iPad Mini, the 6th Gen and 7th Gen iPad, the 3rd Gen iPad Air, and the 3rd Gen iPad Pro as well as the latest 2020 iPad Pro. Plus, because it’s not made by Apple, it’s also fully-compatible with other devices, as well, including the latest phones and tablets that run Android or Windows.

The GOOJODOQ 10 Gen Pencil is extremely popular on AliExpress, thanks in great part to its high-tech features and Apple-like functionality. For a much lower price than the Apple Pencil, GOOJODOQ offers plenty of features like Tilt Control for more natural drawing and scribbling, Palm Rejection technology for easier use and convenience, high-precision lines with no delay, and more.

Apart from its pro-grade features, the GOOJODOQ 10 Gen Pencil also boasts one of the best batteries we’ve seen on a smart stylus pen. With a full charging time of just 1 hour via the modern USB Type-C connection, you can get an astounding 20 hours of use, or 90 days on standby.

You can get your very own GOOJODOQ 10 Gen Pencil from their official store on AliExpress for just $23.00. Original retail price for this product is $49.99, but it’s always good to take advantage of the best deals and discounts like the ones on AliExpress.

Baseus has been in the tech game a long time, and we’ve loved everything to come out from their factory so far. This time around, we’re reviewing the Baseus Capacitive Stylus Pen – an AliExpress best-selling Apple Pencil alternative that offers a lot of high-end features at a low price.

One of the things we loved the most about the Baseus Capacitive Stylus Pen is it’s high-precision tip that made writing feel natural and organic. With capacitive features, this stylus operates smoothly and similarly to a real pencil, so you can adjust the pressure to get deeper, darker lines, and you can write at speed without fear of broken lines and mishandled inputs. With the Baseus Capacitive Stylus Pen, you get everything you need for a great writing experience, including palm rejection technology so that you can rest your hand comfortably without fear of mistaken input. The Baseus Capacitive Stylus Pen also boasts pretty great battery life of 18 hours on a full charge, but it blows everything else out of the water with its automatic sleep mode (after five minutes of idle time) and 12 months standby time.

While you technically can still draw using the Baseus Capacitive Stylus Pen, it doesn’t have all the features that professional artists may need to maximize their productivity. It’s the best Apple Pencil alternative out there for writers, but because it doesn’t have features like Tilt sensitivity, artists should check out other great alternatives like the GOOJODOQ 10.

Like the GOOJODOQ Pencils, the Baseus Capacitive Stylus Pen prides itself in universal compatibility. It should work flawlessly with any iPad or iPad variant released between 2018 and 2020, including the 5th Gen iPad Mini, the 3rd Gen iPad Air, the 6th and 7th Gen iPad, and the latest iPad Pro.

The Baseus Capacitive Stylus Pen typically retails for around $59.99, but you can get yours now on AliExpress for just $32.99.

As an Apple Pencil alternative, the Logitech Crayon is one of the best. Even though it’s not that much cheaper than the original Apple Pencil, the Crayon does a great job of filling in all the gaps that the Apple Pencil couldn’t, like universal compatibility, high user-friendliness, and much better overall value.

Although the Logitech Crayon was designed for educational applications to help kids learn and express themselves on a modern platform, it’s also seen lots of success in the professional world as a high-quality tool that enhances productivity and performance. With the Logitech Crayon, you get Tilt Sensitivity for a more natural drawing experience and palm rejection technology to avoid mistaken input. It’s also more rugged in both build and appearance, so while the elegant Apple Pencil may require lots of careful handling, the Logitech Crayon is a lot more durable, so you can use it how you want.

The Logitech Crayon offers up a mediocre but sufficient 7 hours of battery life on a full charge, which takes about an hour via USB Type-C charging connection. It does have automatic sleep like most Apple Pencil alternatives, but you can rest easy regarding power consumption because of its dedicated On/Off switch. And if you do forget to turn it off, it’ll power off automatically after 30 minutes of idle.

If you want a stylus pen for family use, or just one that’ll be more comfortable in smaller hands, the Logitech Crayon is a great option. Especially if you’re an educator, the Logitech Crayon offers incredible value and should be a great tool for the job. However, more professional work – especially in creatives – might require something more robust.

You can’t have a list of best Apple Pencil alternatives without mentioning Aieach, one of the most popular and most highly-recommended smart stylus brands on AliExpress. Their latest and greatest stylus pen yet – the Aieach 2nd Gen Pro Max Pencil – is a great universal stylus pen for those looking for the best budget option out there.

The Aieach 2nd Pro Max Pencil may be one of the cheapest Apple Pencil alternatives you can get your hands on, but when it comes to features and performance, it punches way above its pay grade.

If you want a stylus pen that’s compatible with almost every touch-enabled device, the Aieach 2nd Gen Pro Max Pencil is the king of compatibility. You can use it with the latest iPad models, but it’s also compatible with older ones from the 1st Generation of iPad Mini onwards. It also works well with Android and Windows devices, too. As long as it has a capacitive touch screen, this stylus pen should work flawlessly with your devices.

The Stylus works well on Samsung’s Note 8 and iPad and iPad Pro as well as Amazon fire. It comes in a nice cardboard packaging along with instructions. Both the disc and writing tip are replaceable. It has magnetic cap, suitable for writing, sketching and even gaming. It is gentle on the screen. The sensitive fiber like tip gives you the feeling of using a normal pen.

It comes in two color, black and silver. 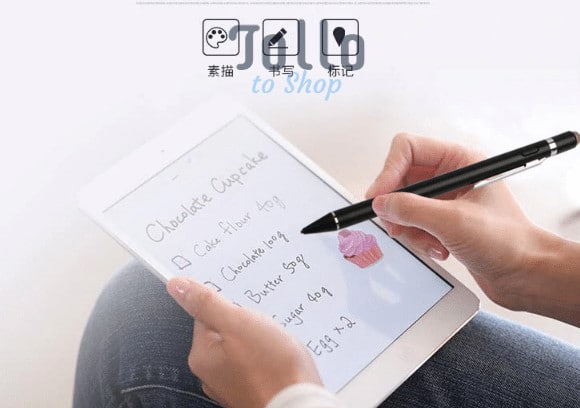 This stylus is a perfect match for iPad pro. But it also works on any capacitive screen. The charging time would be anywhere between 60-80 minutes and battery would last for 10-12 hours. It even has an intelligent function of turning off when not in use for 30 minutes. It has a great application. Does not feel abrasive to the screen. Very easy to use without any hindrance can be used on the touchscreen device. The sensitivity of this pen is the best feature it has to offer. 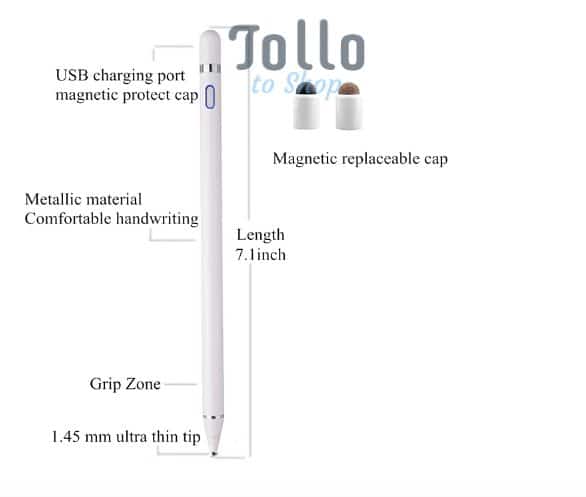 It is a stylus that is highly compatible with apple device and does not cost much. It also works well with other devices. It offers great grip. It has replacement caps and the charging case is also quite good. The battery charges fast and lasts about a day depending on your usage. It looks great and the finishing is also good.

The Apple Pencil is a tool that is best suited for many creative applications. But the Apple Pencil is not just exorbitantly priced but also works only in conjunction with the iPad pro. If you want an Apple Pencil like stylus then there are many options to choose from. An apple pencil dupe enables you with more control on how you use your touchscreen device.
A whole world of opportunities opens up for people who need a pen to channel their creativity or may want to take notes or draw up quick reference diagrams. We think these apple pencil dupe opens up a plethora of opportunities for the user. A stylus like this is compatible with not just Apple but other devices as well bringing in more scope to the user who may posses multiple brands of devices. So yes these apple pencil dupes work really well!

How to tell fake apple pencil?

Say yes to Aliexpress since their platform has taken a notch on becoming one of the most reliable middleman for Chinese sellers and worldwide audience.
With the power of the latest generation tablets and smartphones, your mobile devices can do almost as much as dedicated PCs.
No matter what industry, people from around the world manage to stay on top of their profession using just their tablet or smartphone for maximum productivity. One way they accomplish this is thanks to intuitive peripherals like the fake Apple Pencil – a smart stylus pen that has revolutionized the way we interact with touch screens.
However, for all of it’s great features and astounding innovations, the fake Apple Pencil isn’t perfect. At times the connectivity will fail when you link with bluetooth with your iPad.

If you have ever used an Apple Pencil, then you would see that any stylus from our list above has similar functions but available for cheaper price. All of these helps you interact successfully with your touch screen device.

So buy those fake apple pencils with better enhanced features.